Are ISPs Biased Against Conservatives?

There is an enormous rift between rural and urban internet speeds, which is evident from the fact that 35% of people in rural America do not have access to the internet (in contrast to the 97% of Americans living in urban areas who have access to high-speed internet). Since most rural counties are known to lean Republican, it begs the question of whether ISPs are biased against conservative communities.

Millions of Americans – particularly those in rural areas – do not have reliable internet access despite billions of dollars in broadband funding(1).

The Federal Communications Commission (FCC) estimates that only 18 million Americans still do not have broadband access.

However, this number drastically understates the extent of the digital divide in the country. Researchers from Microsoft learned that more than 162 million people in the United States still lack broadband connectivity(2).

Simple observation can tell us that Americans living in predominantly red states have the worst internet access in the country(3). It seems that people living in the more densely populated blue states enjoy faster internet speeds than remote communities.

How Internet Speed is Calculated by City and State

Internet speed is calculated by getting the average highest connection speed calculated from unique IP addresses determined in the city or state(4). By taking the fastest measurement shown for each unique IP address, we can capture only those connections that have reached their maximum throughput rates.

Every time a user performs a speed test, our Speedcheck service takes a snapshot of their connectivity, capturing details such as the specific time, location, and network. Combining these measurements allows users to acquire real-world performance of their internet connectivity.

Many rural Americans lack high-speed broadband access. One reason could be the high cost of installing fiber-optic cables through empty areas. Paying high capital costs only to deliver the internet to a few subscribers can be difficult to justify from a commercial standpoint.

Heather Johnson, the commissioner of Maine’s Department of Economic and Community Development, said, “The easy stuff, areas where the return on investment fits the current business model, I think, has been done.”(5)

The easy stuff, areas where the return on investment fits the current business model, I think, has been done.

The commissioner believes that internet service providers prioritize areas where community engagement is high or the business model is favorable.

Florida has passed measures that facilitated its broadband expansion. House Bill 969 authorized the use of funds for certain broadband infrastructure projects. It also required the Department of Transportation to prioritize these programs(7).

A report provided by the Federal Communications Commission (FCC) states that tens of millions of Americans do not have fast broadband or even access to advanced telecommunications services(8). People living in rural and tribal areas are particularly affected.

Tens of millions of Americans do not have fast broadband.

The FCC stated that 97% of Americans living in urban areas have access to high-speed fixed internet service. This statistic is in stark contrast to only 65% of people in rural areas who have internet access(9).

The biggest challenge is clear: the cost of deploying infrastructure in rural areas is relatively high for the projected return on investment. Rural states that lack high-speed broadband access are the most expensive and difficult to serve.

Geography plays a huge part, which makes the installation of internet infrastructure more challenging and costly. The sparse distribution of the population over large areas adds to the difficulty.

Research on rural states like West Virginia has shown that internet service in the area is slower and more costly than plans advertised nationwide(10).

This gap may be attributed to the differences in technologies used in rural and urban areas. Households in the more urban and populated locations have access to modern cable broadband options, while those in rural communities are still using outdated satellite technology.

Average Download Speed in 2020 by state and party affiliation

What Happens When Communities Attempt to Form Their Own ISPs?

The following were the actions and challenges faced by individual states to expand broadband access in their jurisdiction.

West Virginia passed a law in 2017 that allowed the formation of cooperatives to provide internet service(11). It introduced a loan guarantee program to minimize risk for commercial lenders. It also lets ISPs use micro trenching technology to install infrastructure. 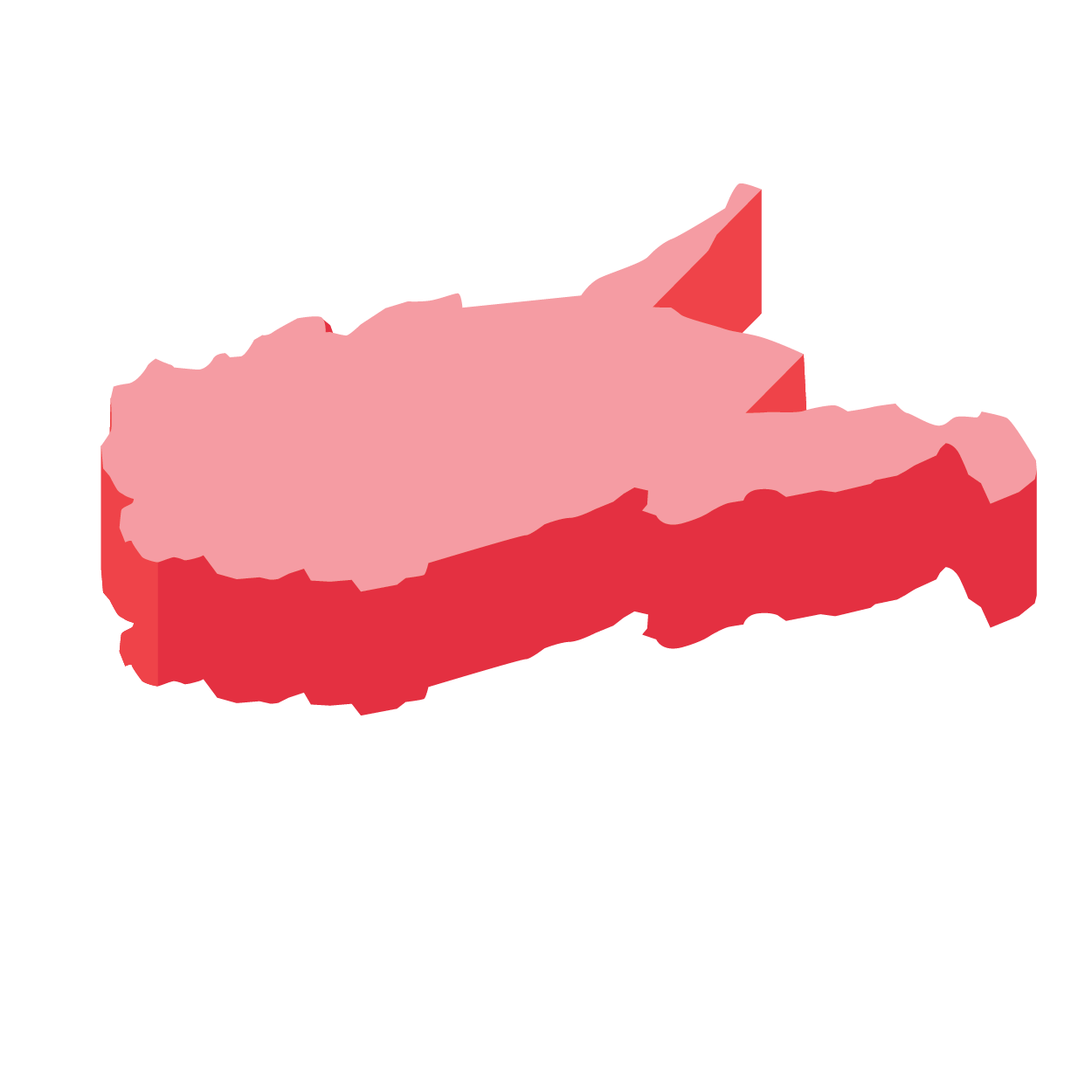 Citing cost concerns, industry representatives expressed opposition to such bills. For example, Mitch Carmichael, the Senate majority leader of West Virginia in 2015, wanted to see a bill that incentivized the private sector rather than create a government-owned middle mile(13).

State laws in Virginia require municipalities planning to set up their own broadband networks to meet multiple requirements before they can operate.

For instance, before a municipality offers a voice, video, and data service package, they need to complete and submit an elaborate feasibility report(14).

In the past, municipalities were not allowed to subsidize services, nor were they allowed to charge rates lower than those offered by incumbent local internet service providers(15).

In 2017, a law was signed in Tennessee, allowing private, nonprofit cooperatives to provide broadband service in the state. Approximately 13% of Tennessee residents did not have broadband access in that same year(16). 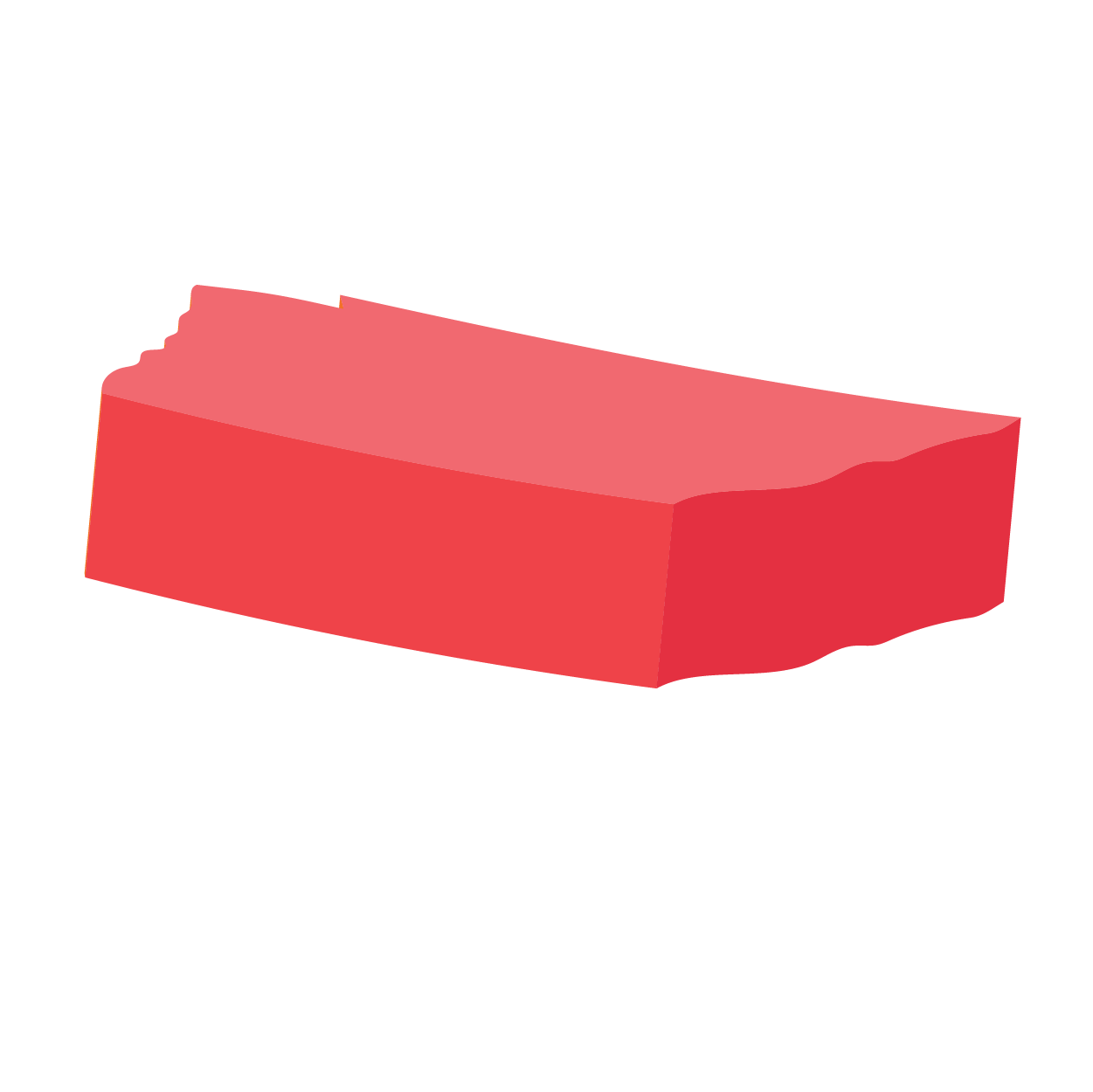 The act enabled the administration of then-governor Bill Haslam to funnel money into grants so providers can lower this number.

However, bureaucratic barriers limit the service provisions of these cooperatives within their service area. The Tennessee General Assembly considered two bills that would allow municipal operators to provide services outside their jurisdiction. Unfortunately, these bills have since been deferred by the committee(17). 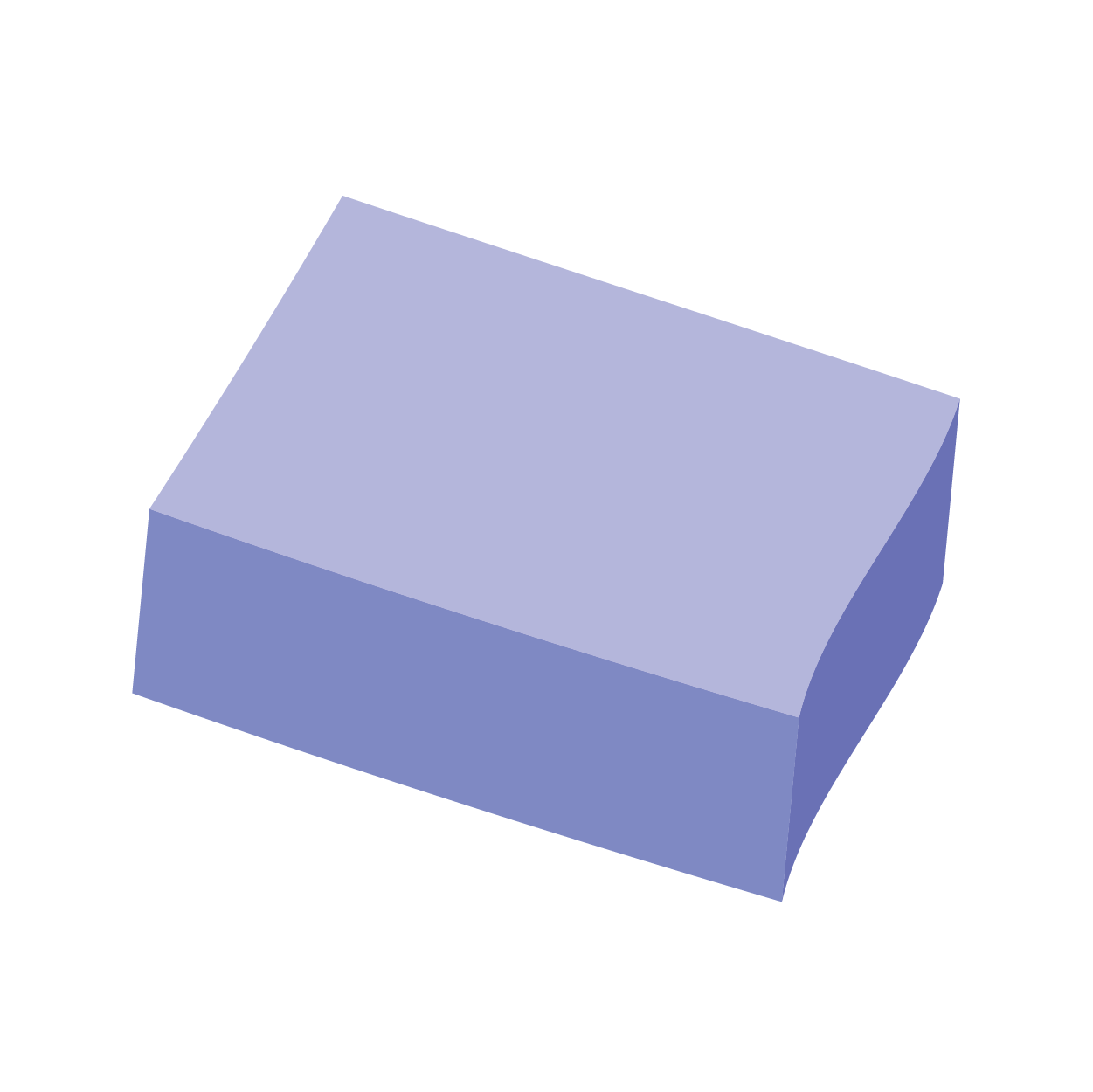 However, the law comes with the right of first refusal, in which any private telecom firm can take over grants held by public entities or local cooperatives for the provision of such services.

The right of first refusal came into play in 2017 for a community located near Ridgway, Colorado.

A private firm wanted to provide fiber internet infrastructure and received grant money from the state to accomplish the project(18).

The company, CenturyLink, acquired the grant and used the money to build a DSL network instead of the faster and more reliable fiber connection proposed by its competitor.

In 2018, a bill was introduced to incorporate new conditions for the right of first refusal. Under the new rules, incumbent providers must match the price and speed of the proposed service of the new companies before they can take over their contracts(19). 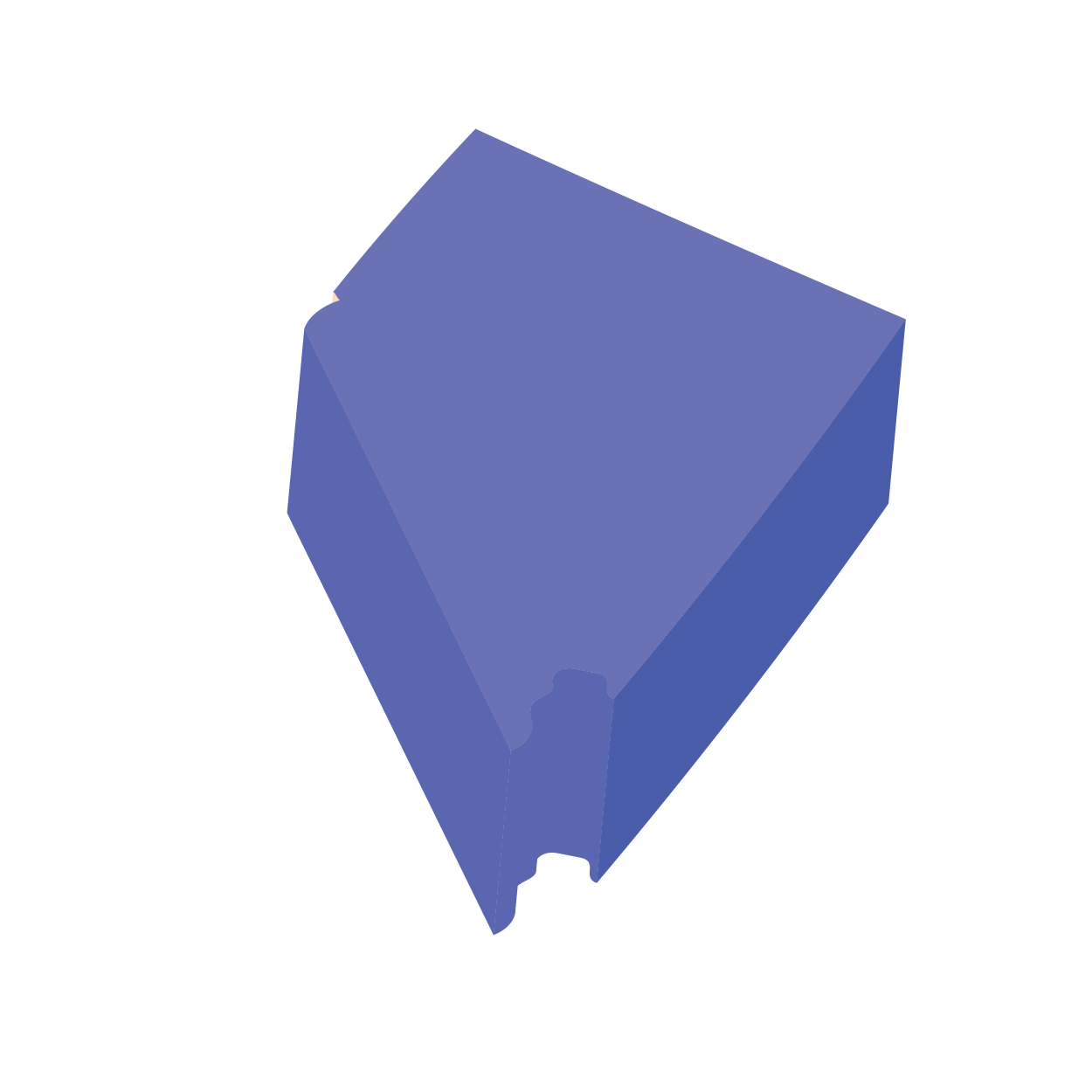 Despite the positive outlook, these Nevada communities experience challenges related to state laws on population limits. For instance, counties and municipalities are not allowed to provide telecommunication services to areas with a population over 25,000(21).

Texas state laws prohibit municipalities from providing certain types of telecommunication services directly to the public or by way of a private telecom firm. However, it allowed some provisions for communities in which private telecom companies are not present. 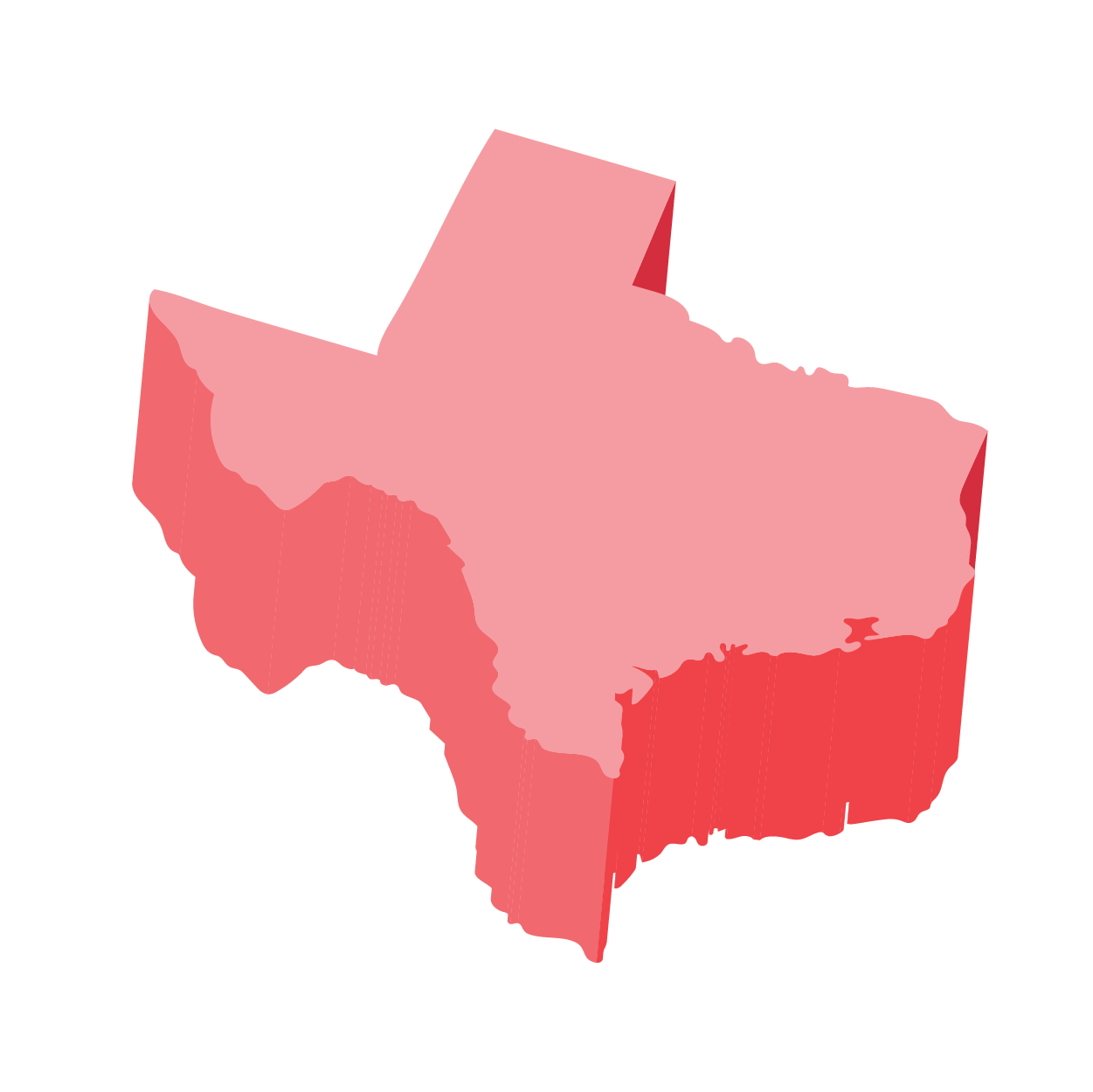 The city of Mont Belvieu was able to circumvent these rules. The district court decided that the city had the authority to provide broadband internet service to residents because their offering does not fall under the state’s definition of a telecom service(22). 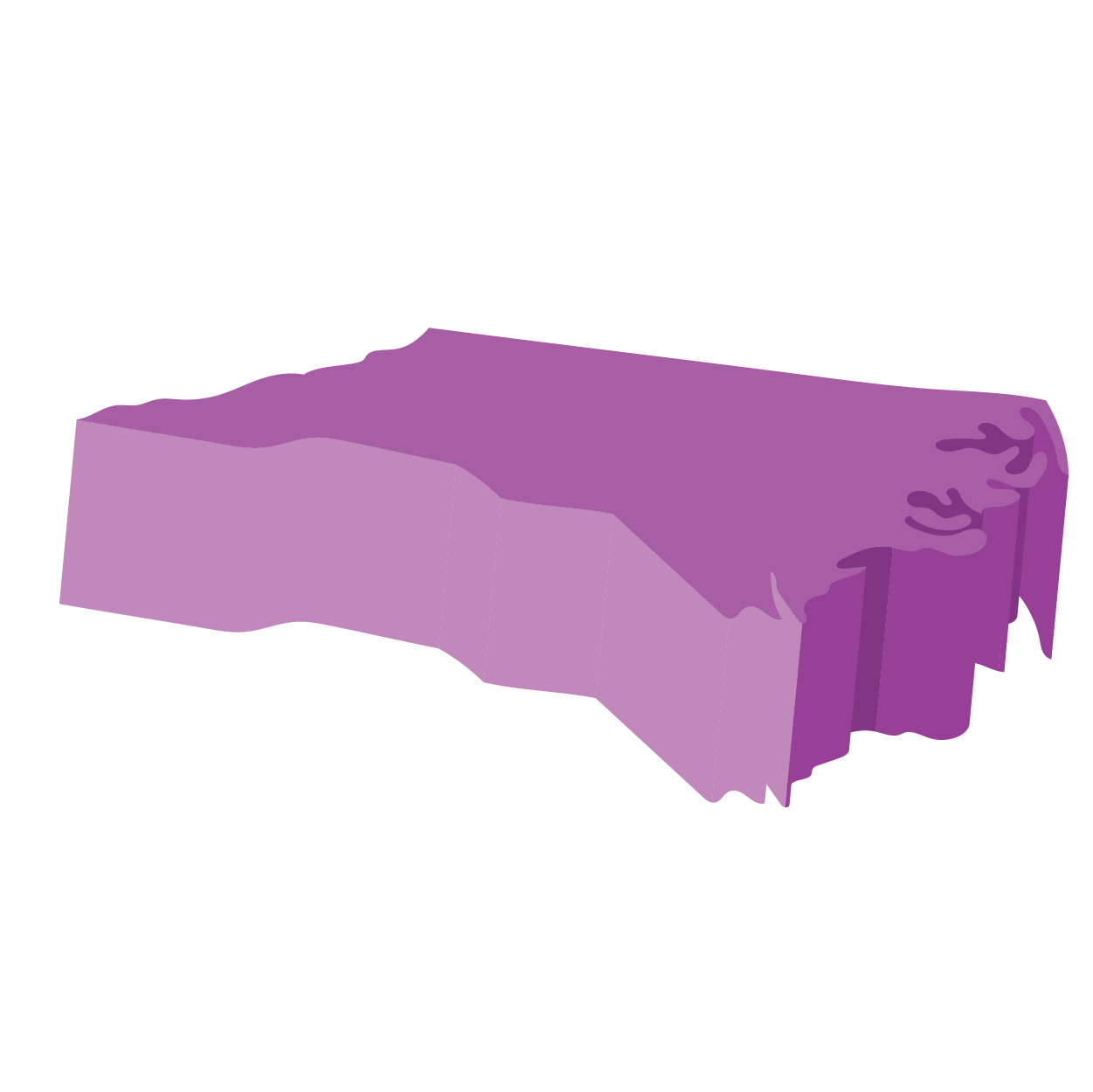 For example, providers must comply with specific legal requirements and avoid the use of particular financing and pricing mechanisms(23).

Public broadband providers should agree to provide commercially-sensitive data to private industry competitors. They are not allowed to offer broadband services outside their jurisdiction.

The community at Wilson has been operating a public fiber broadband network since 2008. The success of the project has encouraged neighboring communities to request Wilson to expand their services.

The case made North Carolina a part of an FCC ruling in 2015 when Wilson officials decided to challenge some state rules by appealing to the commission. The FCC attempted to override specific aspects of North Carolina state laws to make municipal broadband more feasible in the area.

However, the local court reversed the decision, saying that the FCC has no jurisdiction in overturning state laws. Legislators further erected more roadblocks to hinder municipal broadband with a specific law that targeted Wilson and its internet network specifically.

In 2019, House Representative Josh Dobsons proposed a bill that would let municipalities build their own networks, so long as private ISPs can lease them to provide service to residents(24). The bill was eventually stalled in the committee, as almost all telecom firms in the state opposed it.

However, legislation was signed by Governor Roy Cooper that allowed electric cooperatives to partner with ISPs in deploying broadband in unserved locations.

Philadelphia was one of the first cities to announce its plan to develop a fiber broadband network that would serve its residents. The Wireless Philadelphia initiative requested private ISPs to help build the broadband infrastructure(25). 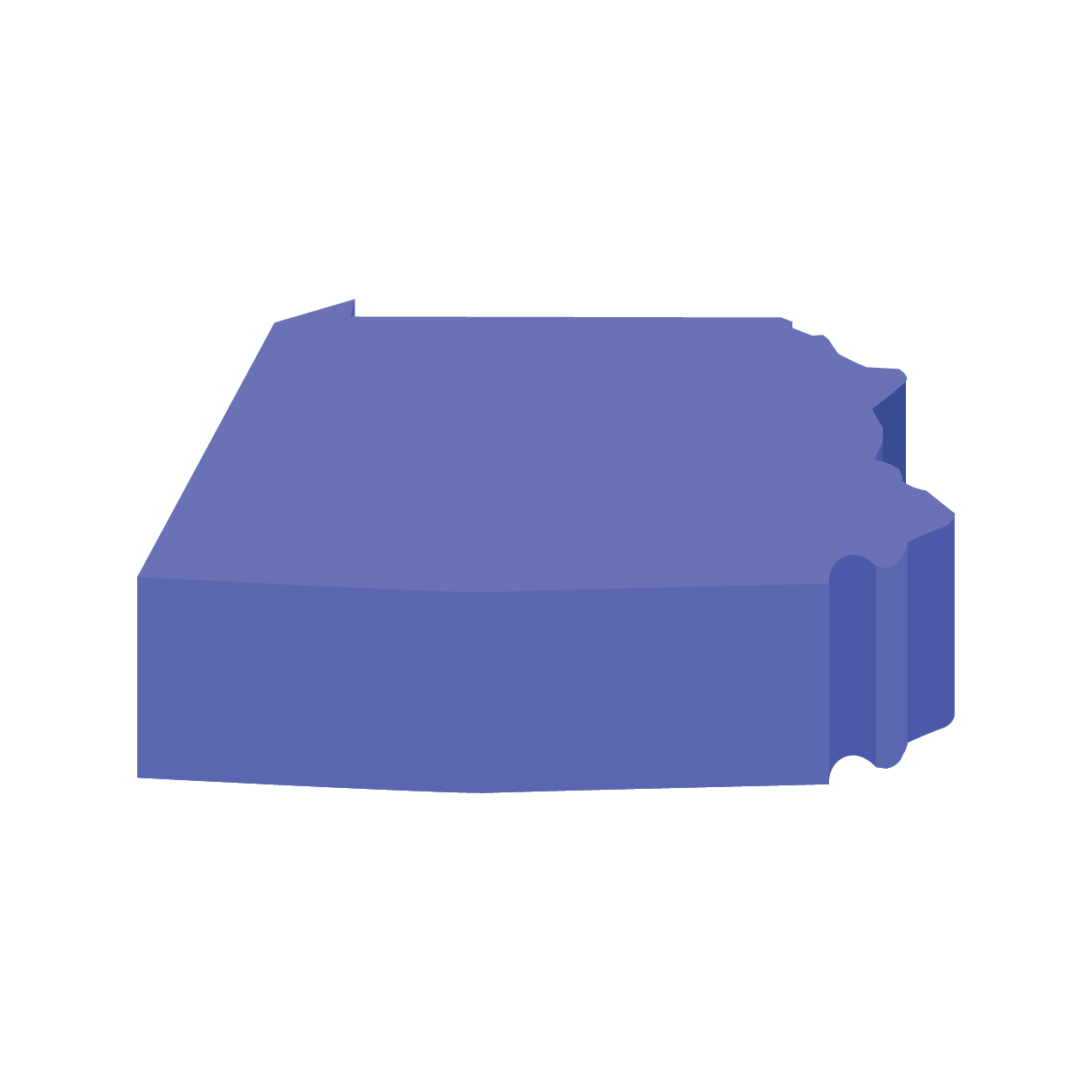 Verizon and Comcast led a PR campaign against the project, while local politicians attempted to limit city involvement. Without adequate support, the Wireless Philadelphia project was eventually sold to Earthlink in 2005.

Solutions and Technology That Can Bridge the Divide

There are several ways in which the government can provide connectivity to unserved areas. A promising approach is to provide fixed wireless solutions.

One advantage of fixed wireless broadband is its broad availability to consumers. Since service providers do not need to invest heavily in new infrastructure, providing services to large areas is often more cost-effective.

Another benefit that fixed wireless broadband offers is its relatively low latency, which makes streaming and video conferencing feasible.

In 2020, Mississippi proposed an act that would require schools to develop and implement wireless technology infrastructure to serve all educational facilities in the district(26). The bill would provide a two-year period in which the requirement would be implemented.

Pennsylvania recently passed a bill that provides an inventory of state and county-owned communications assets to develop wireless broadband services in unserved and underserved areas(27). The law prioritizes the development of the Pennsylvania Statewide Radio Network, which is the state’s wireless voice and data network for emergency response and public safety.

A joint resolution was formed in South Carolina, directing the Department of Education to develop a technology plan that can provide wireless internet access to all public schools in the state(28). The department is also required to provide a detailed report of its plan by August 2021.

Meanwhile, municipalities in Virginia have recently been authorized to provide any telecommunications service, including broadband and wireless internet connectivity(29). The bill came after a public hearing was held and after being approved by the State Corporation Commission.

The new measure also removes existing provisions that bar cross-subsidization of services, require feasibility studies, prevent localities from charging less than the local provider, and limit the types of providers that may offer internet services.

These state initiatives and the technologies that they are using may provide the means to bridge the digital gap in the United States.

Despite the challenges, they provide a positive outlook that promotes equitable access to high-speed broadband internet, particularly in rural and underserved areas.