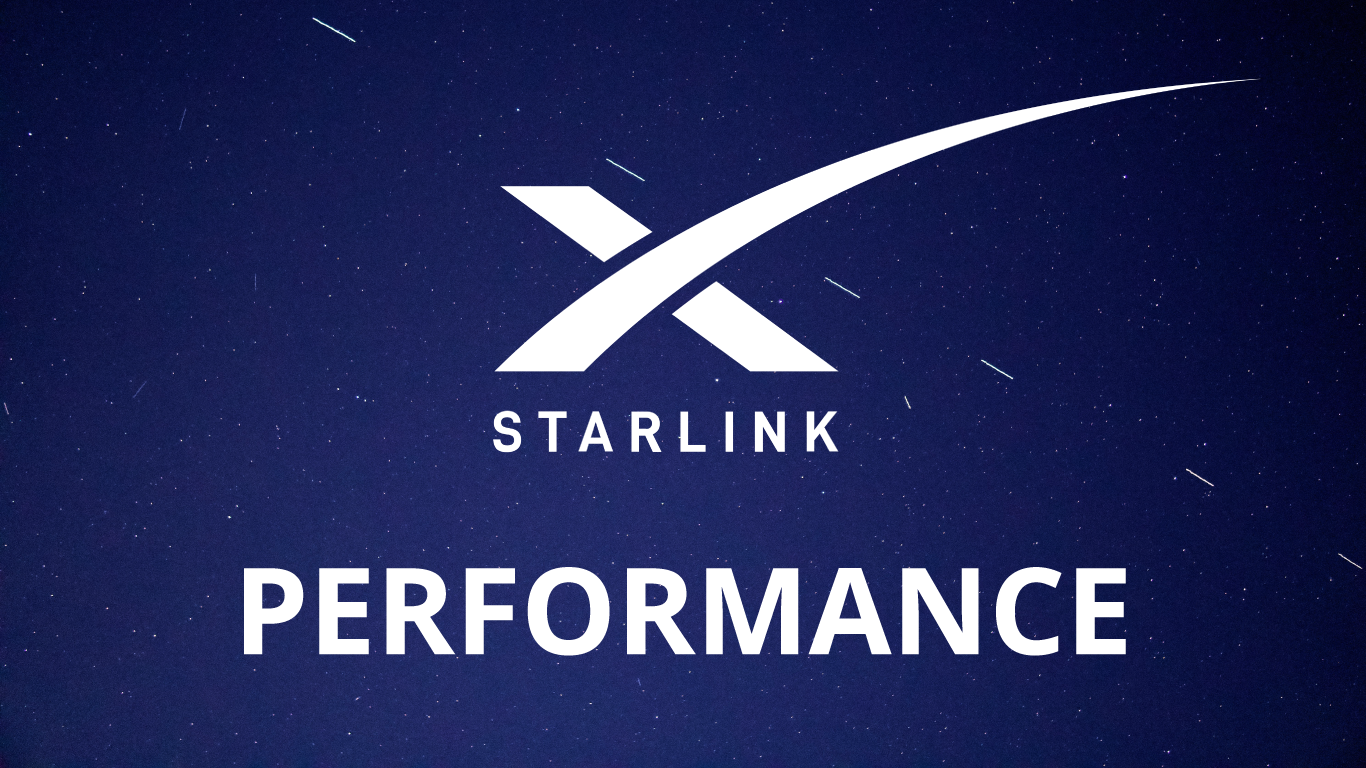 It would not be unfair to say that the US telcos have failed to provide high-quality telecommunications services in recent years. The same has been pointed out repeatedly by various independent telecom firms. Speedcheck also presented a comparative analysis of South Korea and the US telecom industry in July.

Speedcheck carried out a series of speed tests over the last couple of months to measure the performance of Starlink, which is now in the beta testing phase. This article looks into what Starlink is doing and how it differentiates itself from other satellite, fixed and wireless broadband service providers.

Table 2 - Percentile Test Results in US and Canada by Speedcheck

Our users performed tests in various areas of the US, which are vastly distributed to check the performance of Starlink services at scale. Here we have mentioned some of them as references. In the selected US states, the median latency was 57ms, download speed was 53 Mbps, and upload speed was 14 Mbps.

Table 3 - Starlink Median Tests Results of US Cities by Speedcheck

Note: ** Indicates Starlink’s median test figures with maximum and minimum variations in the selected regions of the US

A vast majority of the rural population in the US still lacks good quality broadband service, and options are very minimal to get a decent fixed broadband service like DSL, fiber or even cellular (4G/5G) connectivity. Some satellite service providers do provide internet connectivity with decent speeds in those areas but with poor latency. One cannot rely on those satellite services for bandwidth and speed-hungry services like making video/conference calls or playing games requiring shorter latencies.

Keep in mind that Starlink is just in the beta testing phase. It has yet to prove its worth in the telecommunication space by providing fast, cheap and reliable services by competing with existing satellite companies, mobile and fixed network operators. In this report, we have analyzed the performance of Starlink in terms of speed, latency, data, accessibility and cost. We believe Starlink has a long way to go to be the real hero in this field.

Starlink has numerous advantages over its legacy satellite counterparts. The striking feature of Starlink is that it provides competitive prices coupled with unlimited data. Starlink users enjoy faster download speeds and much shorter latency, eliminating the lag/delay caused by latency of hundreds of milliseconds. The low latencies even make using VPNs more enjoyable which usually add additional delay to signals. Generally, Starlink users seem to be happy with the high speed and low latency performance.

The only problems highlighted so far by the Starlink customers are the high cost and unstable link. It is important to note that people living in rural areas are not as rich as those living in the cities. For the time being, the dilemma with Starlink seems to be its targeted customers. The people who could afford expensive services like Starlink live in the cities. Still, they don’t need Starlink as in big cities they already have reliable connectivity solutions available such as DSL, Fiber and cellular (4G/5G) services. Hence, Starlink is a solution not needed in the cities but the rural areas.

Starlink has to compete with the existing satellite service providers, mainly operating in GEO Geostationary Orbit. The GEO satellites have an advantage of geographical footprint over the LEO satellites. The most significant disadvantage for GEO satellites is their higher latencies due to the greater distance from the earth than the LEO satellites, making the service useless for applications like streaming , video calls, conference calls, gaming, etc. Starlink has to provide a far better footprint to succeed, which is now only accessible in selected regions.

Note: * Indicates Starlink’s 90th percentile figures from Table 2 for the US regions

The pricing strategy works very well for Starlink, which targets the middle and upper-income classes in the beta testing phase. But keep in mind, just like any other big business, there must be some subsidies, and the pricing may change over time.

Key Take-Away: Starlink would be a preferred choice due to its shorter latency and competitive price.

A couple of other satellite companies have similar ambitions to provide satellite connectivity from space by launching satellites in Low Earth Orbit, namely, Project Kuiper by Amazon, UK based OneWeb and Canada'sTelesat etc. However, being first in this market, Starlink has an obvious advantage over other Low Earth Orbit Satellite operators. It is only Starlink that has launched commercial services. The rest all of them are in the planning phase. Starlink is at least two years ahead of its competitors, which gives Starlink a definite edge to govern the market.

Key Take-Away: Starlink is the sole operator in Low Earth Orbit, and there is no competition till 2023.

Starlink services can be an alternative to provide connectivity where fixed broadband services are unavailable. For instance, it is hard to dig trenches to lay out fiber, especially in far-flung remote areas and regions with very low population density. Besides accessibility/availability, Starlink has no obvious advantage over fixed broadband, as indicated in Table 6. Most customers would prefer fixed broadband services like fiber, DSL or Cable TV over Starlink if they had an option to choose from due to the reliability and flexible packages.

Note: ** Indicates Starlink’s median test figures with maximum and minimum variations in the selected regions of the US from Table 3

Key Take-Away: Fiber is the King, but lack of availability gives Starlink an edge in rural areas

Starlink currently offers unlimited data packages; it may be a strategy to attract and grow a subscriber’s base in the beta testing phase. The clear advantage of Starlink over cellular is its strategy to provide rural area coverage. Indeed, people living in rural areas would prefer Starlink due to the lack of cellular telecommunications services.

This section analyses the wireless broadband service of 4G, 5G and Starlink in terms of price, speed, latency, and availability. It is important to remember that Starlink has limited availability and focusing on rural areas at this stage. However, 4G and 5G services are available in big cities and suburban areas. The coverage of 4G is better than 5G, but 5G will have similar coverage as more and more 5G sites are deployed. The unexpected and shocking test results show that Starlink has higher download speeds than 4G and 5G. However, 5G has shorter latency than 4G and Starlink. On the other hand, Starlink services are relatively expensive compared to wireless broadband services of 4G and 5G. When it comes to cellular services, there is no considerable price difference between 4G and 5G.

In short, the apparent advantage of Starlink over 5G is the speed and satellite connectivity, especially in areas with no 5G network access. Surprisingly, 5G is not performing better than Starlink in terms of speed, except for its availability in big cities and relatively better latency and pricing. It seems Starlink will give a tough time for cellular services and push the boundaries of 5G. What could be done to improve the performance of 5G? With the introduction of 5G core in 5G SA the latency will further reduce, and the adoption of mmWave and C-Band will improve speed and expand the capacity of 5G networks.

Key Take-Away: 5G will be the preferred choice depending upon availability, especially in big cities. 4G adoption will dominate due to nationwide coverage in suburban areas. People living in neglected rural areas of cellular service (4G/5G) will be the first customers of Starlink.

Remember that over half of the world’s population is still not connected to the internet. Starlink could help bridge the digital divide by providing internet to neglected rural areas by telcos. We believe that rural broadband coverage is a sweet spot for Starlink. At this stage, the only constraint seems to be overpriced packages that may be out of the reach of people with low income. Now the real question is, will Elon be able to provide cheaper satellite services down the road by increasing the consumer base and at the same time ensuring a sustainable business by avoiding bankruptcy like many predecessors. For the moment, it looks like only the affluent people will sign up for Starlink services. 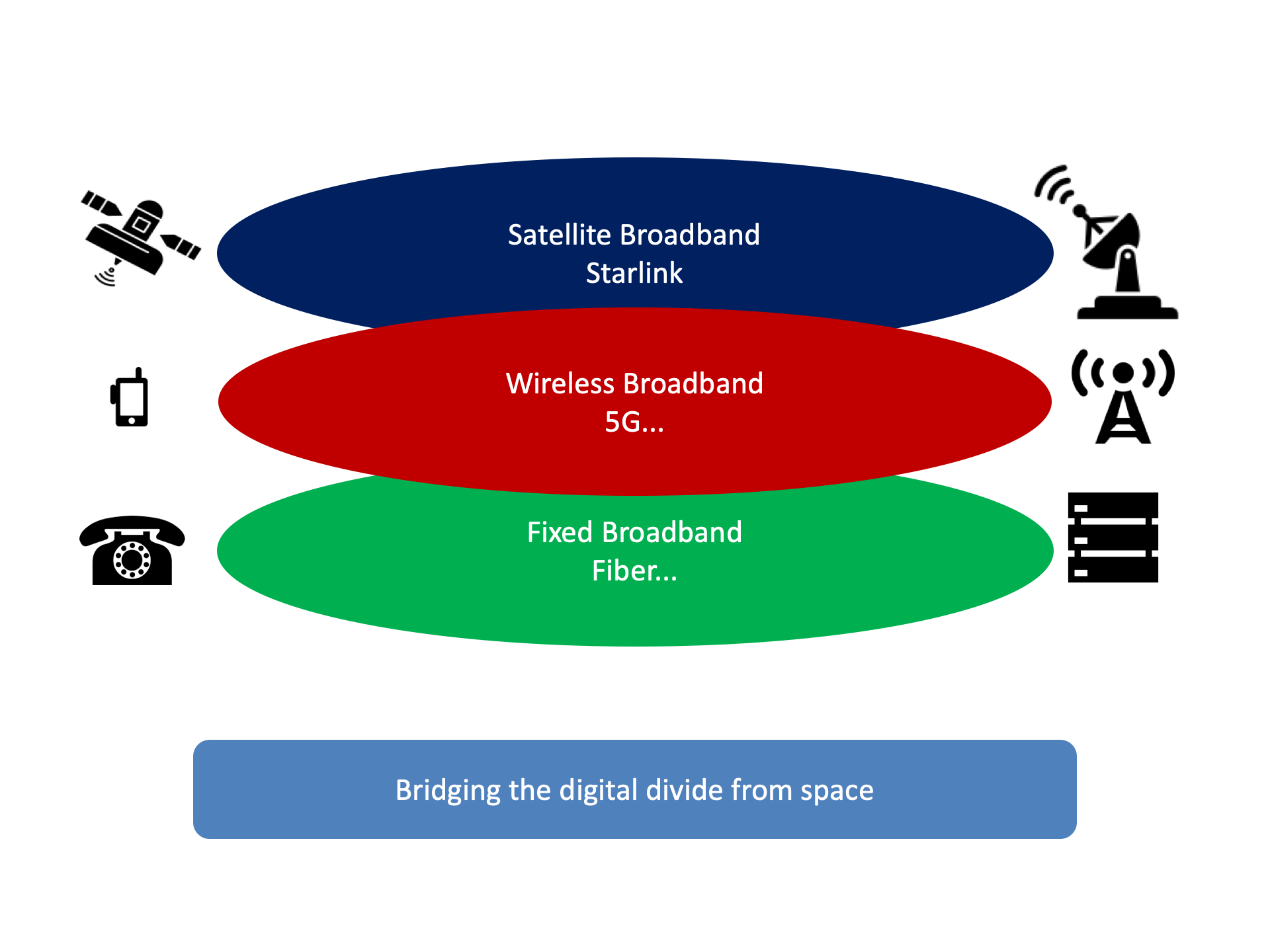